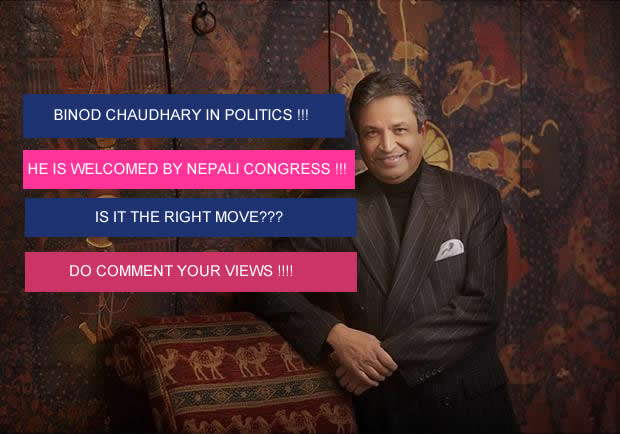 You must have heard it already that Prime Minister and the President of Nepali Congress, Sher Bahadur Deuba has invited and welcomed Industrialist and one and only Billionaire Binod Chaudhary to NC Party.

It is very clear to us and we are all well informed about his involvement in FIrst Constituent assembly representing CPN UML and now has joined democratic force ahead of the provincial and parliamentary elections on October 30, 2017.

From the statement made by Chaudhary he had quoted,” I believe politics drives all the policies “. He has also added that he is the supporter of socialist – democratic ideologies. Addressing the public call made by HE Prime Minister he vowed in making a meaningful contribution to the economic transformation when given the fair opportunity.

Now, Chaudhary as the President of Chaudhary group, Sole Nepali to have a hold the list of the Frobes top billionaire, who has multiple investments in and out of the country, running 112 companies with 76 brands and 6000 people with direct employment is again all set to hit the road of politics.

We are all eager to see whats next. We wish him all the best.