4G is now available in Nepal with Nepal Telecom (NTC), Ncell and Smart Telecom. … 4G LTE is the widely used mobile technology that is being used worldwide to cater to the demand for high-speed broadband service. Nepal’s 4G network is still in the growing phase along with the significant growth of the 4G subscribers.

Nepal Telecom (NT), Nepal’s largest mobile network operator (MNO) by subscribers, is set to launch 4G LTE network services in around 25 major cities outside the Kathmandu Valley in early October, reports The Himalayan Times citing a company spokesman. Network testing is currently being conducted in around 32 districts across all of Nepal’s seven provinces as part of the operator’s target to complete the nationwide expansion of its 4G network by February 2020. ‘NT has finished installing different base transceiver station (BTS) towers, the focus is now on transmission links,’ NT spokesperson Pratibha Vaidya said, adding: ‘The areas will be selected this week and we will start providing the services.’ Work to install the core network has already been completed in Kathmandu, Hetauda, Butwal, Nepalgunj and Biratnagar. The operator claims over 6.5 million subscribers could potentially benefit from the expansion of its 4G network, which it hopes will strengthen its position in the data market. 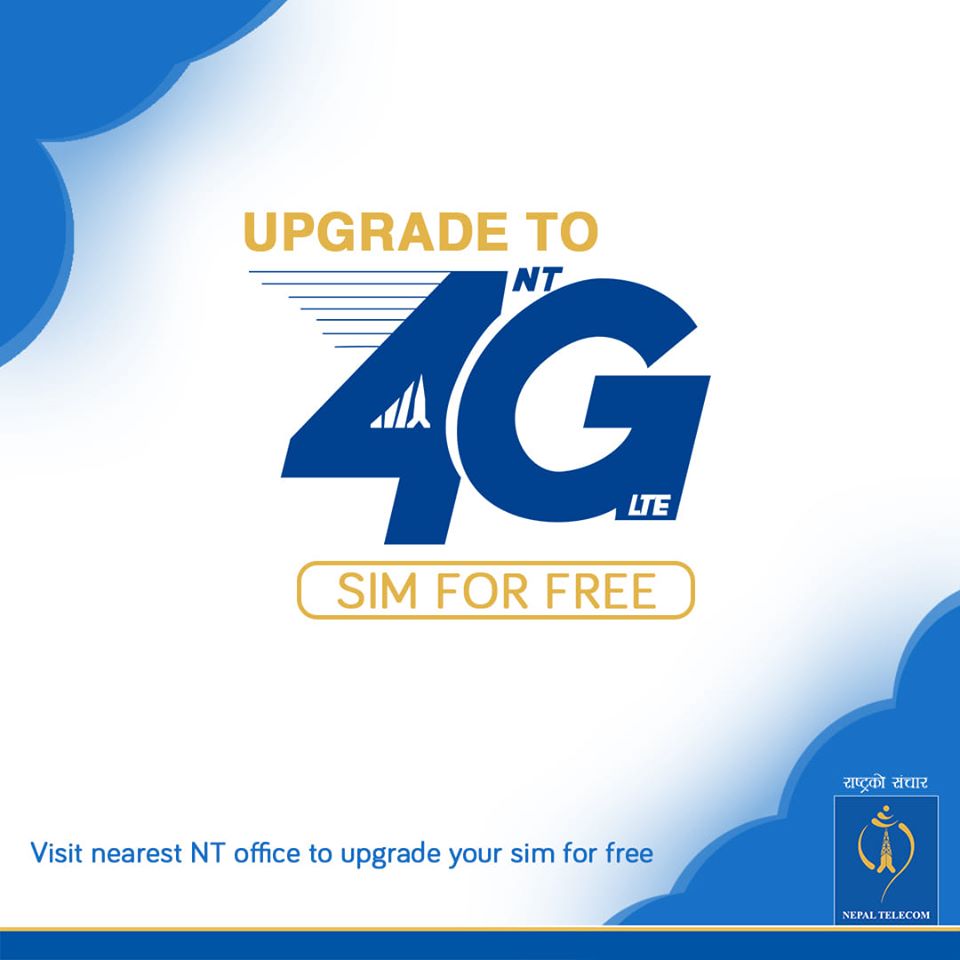 Visit the Nearest NT Office to Upgrade Your SIM for Free.