The government has passed a new map of Nepal including Limpiyadhura, Lipulek and Kalapani areas. A minister informed that the cabinet meeting held on Monday passed the map.

When India released its new political map in November, it had seen Limpiadhura in its territory. Not only was there fierce opposition in Nepal, but parliamentary committees also instructed the government to issue a new map covering Nepali territory.

Now again, India has inaugurated a road from Mansarovar in Tibet to Lipulek, encroaching on Nepali land. Then again the border dispute between the two countries has come to the surface. 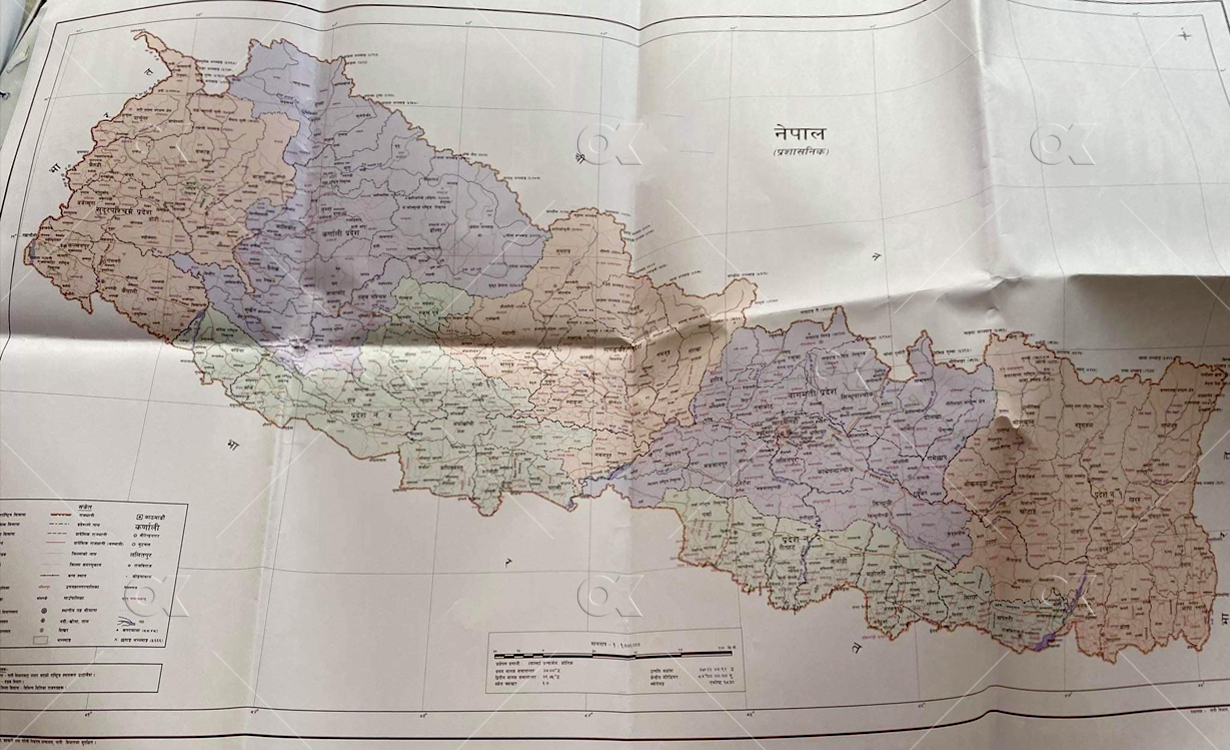 New Map of Nepal / Pass by Council of Minister on 18 May 2020
Source: Online Khabar

Although the government wants immediate talks, India has said after the Corona crisis. Therefore, the government was under pressure from all quarters to issue a new map of Nepal, including the missing Nepali territory. 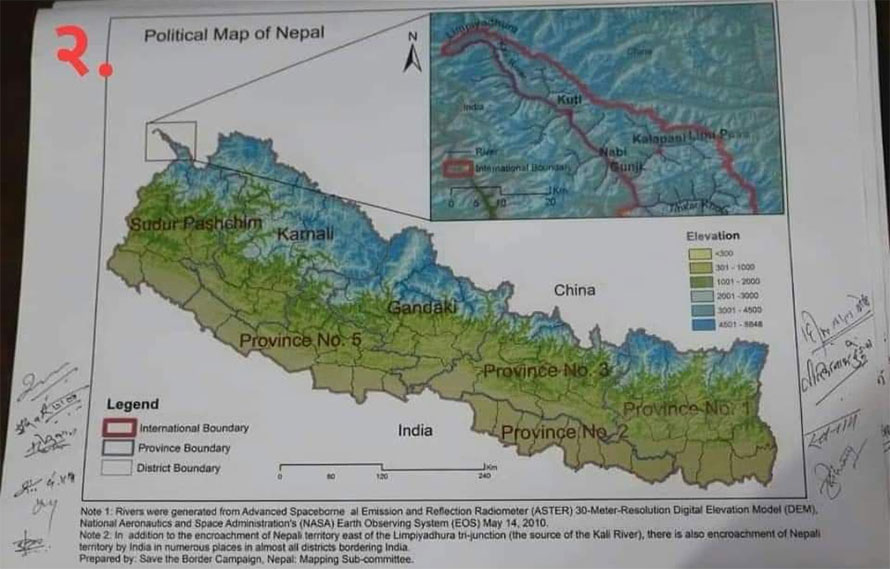 A complete map of Nepal prepared by a professor of the Central Department of Geography, Tribhuvan University

In the government’s policy and program presented in the parliament on Jestha 2, commitment was made to issue maps including Limpiyadhura, Kalapani and Lipulek. Accordingly, the decision was taken on the proposal taken by the Ministry of Land Reforms, said a minister.