The dismissed manpower has also been found cheating in the name of sending workers abroad. In the past, foreign companies who have obtained permission to do foreign business but failed to add deposit amount as per the amended provision of the Foreign Employment Act have also been found to have passports and less understanding to send workers abroad.

In contrast to the directive issued by the Department of Foreign Employment on August 29, some agencies have continued to defraud in the name of foreign employment, despite the directive that they should not do such work.

The C-Link Overseas License has been automatically revoked even though Kathmandu Municipal Corporation-1 slippers factory has not been able to return the full passport and refund.

The department had assigned an emergency monitoring team based on the complaint that the victim, Nimika Sherpa, had given the passport and compensation.

When the monitoring team arrived at the manpower’s office in the past, about 1/3 people were found waiting at the building premises hoping to receive passports and refunds.

But a preliminary investigation by the monitoring team, which is collecting money and passports with individuals, is still collecting office and sending it to foreign employment, despite the department’s directive. 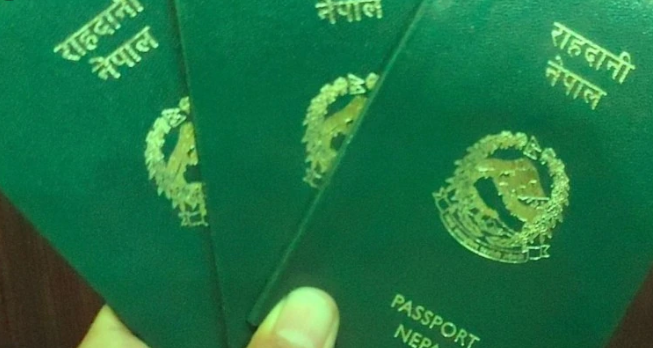 Anis Sundas, the company’s director, has been in contact after the monitoring team came to know.

The house has been sealed in the house of the wealthy and the security personnel in Rohwar to protect the passports and documents that have been submitted by the people.

Earlier, on August 3, the Buddhist police had taken the company’s passport along with the passport of about 3 persons, who had collected the company and handed over the passport with people to the Department of Foreign Employment.

Director General Bhishma Kumar Bhusal said that the department is currently conducting a detailed investigation. He said the department has taken legal action against the absconding operator.

According to the department, verbal complaints have been received that some of the managers who were recently dismissed for failing to add arrears have been trying to get passers-by and others to understand the amount of money sent to foreign employment. The department has urged the workers to be vigilant.

Any person seeking information about the person or organization doing such work has requested the Department to inform the Foreign Employment Department.

Director General Bhusal said that the department is preparing to take action against such fraudsters in accordance with the law.