Speaker Krishna Bahadur Mahara resigned from the post of Speaker.
He submitted his resignation letter to the deputy speaker of the House of Representatives, Shivamaya Tumbahamphe. He said that he had submitted his resignation through his personal secretary. Letter pad of the House of Representatives states that – Since yesterday, serious questions have been raised about my character in various media, I have resigned from the date of scrutiny on the basis of morality so as to facilitate the investigation of truth, impartial and independent investigation.

A woman working in the Secretariat of Parliament has resigned after Speaker Mehra tried to rape her, saying that after the matter became public through the media, it would be easier to investigate the matter. 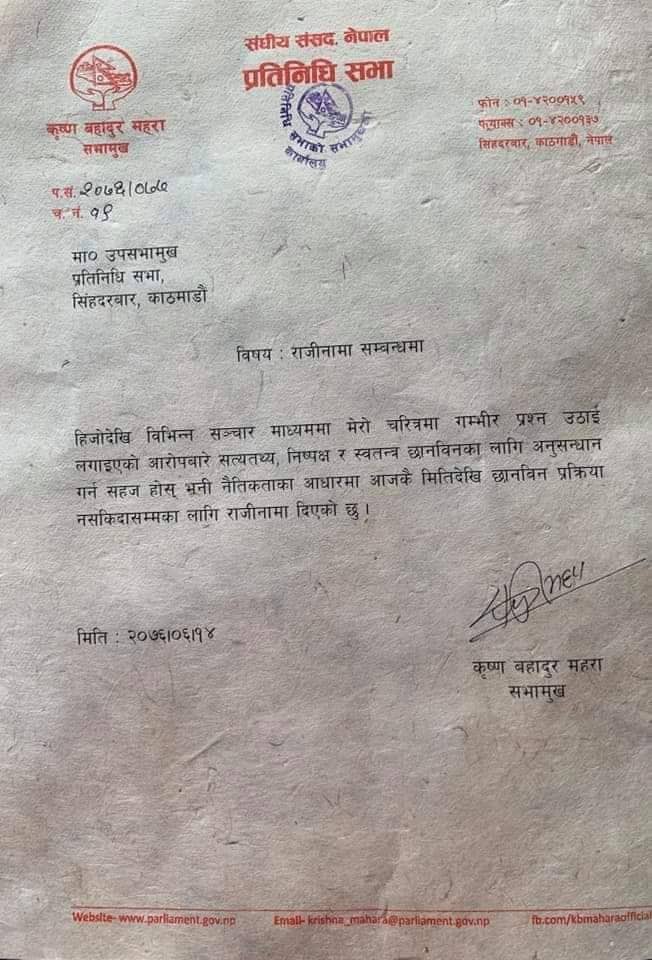